Huckster is a cryptocurrency trading bot available on MQL5 that focuses on EUR currency pairs. Its developers, headquartered in Warsaw, Poland, claim to have years of trading and coding experience. According to the product presentation, 95 purchases are made each month. It is available in both MT5 and MT4 versions. The developers allege that that the software is powered by Artificial Intelligence. It means the trades it makes are similar to those that a skilled human trader would make.

The bot uses Artificial Intelligence to open and close trades. The developers promise that it carefully evaluates the market with the highest accuracy. It does so on three separate time frames - H1, H4, and Daily - before opening any position. The smart news filter feature monitors economic news to keep the risk down.

The Huckster backtests results run by Raw Trading Ltd are posted on the robot’s website. The bot made a total of 2946 trades from 1st Jan 2018 to 28th May 2022. Of these, 1142 were long trades, 83.01% of which resulted in profit. The unintelligible screenshot shared by the developers is the only proof that the backtests ever happened. 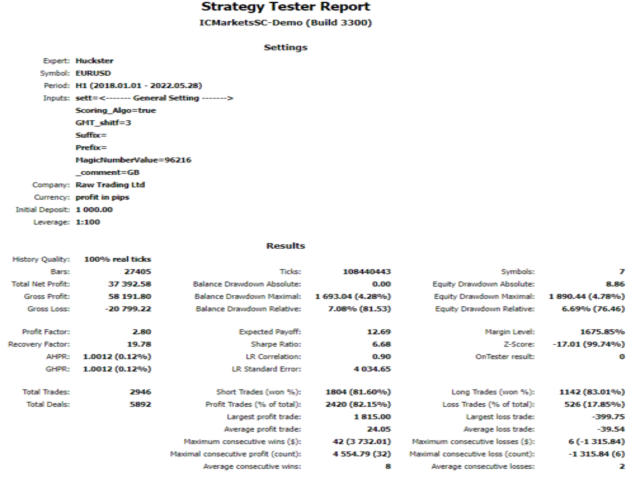 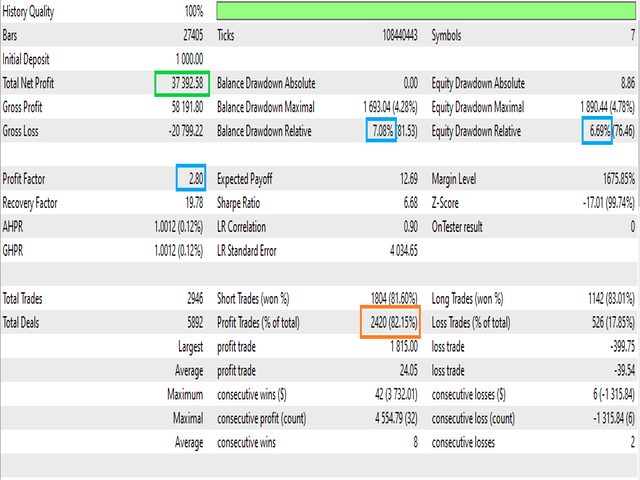 Unfortunately, after detailed research on third-party websites like Forex Peace Army, FxBlue, FxStat, or Myfxbook, we could not find any live trading performance confirmed to analyze. This is a red flag because investors can't be sure of the robot's advertised outstanding performance without this information.

Huckster has a customer review section. The reviews seem schemed, especially because all of them are positive. The vendor, Jakub, has replied to all reviews, but there is no way to verify that the reviews are from the users. Additionally, we could not find any user reviews on third-party websites like TrustPilot.

Huckster is a fully automated AI-powered EA. The vendor claims it has a great risk-reward ratio, but the profits on the short and long trades on the live results don’t quantify this. There are no live or backtest results on third-party websites. Thus, we can’t quantify the performance. Further, it only trades EUR pairs, which is a limiting factor. Its pricing is commensurate with industry standards. However, it doesn’t offer a money-back guarantee.